A Goer Learning the Local Language

In December I wrote a list of my top takeaways from our first year in the field, and the first two had to do with learning the language.  So, I thought it might be appropriate to spend a bit more time on the subject here.

Before beginning the process of moving overseas, I had never put in any effort to learn a second language.  I took a few semesters of Spanish in High School, sure… but I never took that seriously. I signed up for those classes because my friends did, and I had heard it was an easy A.  It wasn’t until I met my wife (she is an ESL teacher and a lifelong student of culture) that I started to realize that there might be value in learning a second language, and her passion started to open my eyes to the beauty of language.

Even with her encouragement and help, coming into this two year commitment the aspect of language learning was easily one of the most intimidating parts for me.  Our team has a higher commitment to and expectation for language acquisition compared to many. New members are initially asked to attend full time language class (20+ hours a week) until they reach a level 4 (of 5) on a Princeton fluency exam.  This is because we are in a religion that does not have many english speakers, and our team leaders feel that diving into language learning is an incredibly effective way to bond with the people and the culture and that competence in language is essential for long-term effectiveness in all aspects of our work here.  When I heard about their focus on language, I nearly balked. I was intimidated, didn’t know if I could do it, and my insecurity lead me to wonder if it was worth it. I have now been studying the language for over 13 months--let me share what I have learned.

Learning the language has been hard, and it has been tiring.  But God cares about these things too, and answers prayers and is with us in it.  Even for someone like me it is achievable with His help. And it has been worth it in every way.  Our team leaders were right, in that learning the national language has been such an incredible way to learn about the people and the culture.  So much of culture is revealed through language that I would miss if I had tried to bypass this step. People have also taken my dedication to learning the language as a sign of my desire for relationships with them, and they feel loved by the fact that I am willing to do it.  Even people who do speak English express excitement that I have put in the effort to be able to communicate with people here, instead of relying on them to learn a foreign language. And knowing the language has lead to less limitations in sharing my life and hope with people than I would have experienced otherwise.  This list of benefits from commiting to learn the language could go on, but the point I’m trying to make is that all in all this process has been one of the most growing and enriching experiences of my life, and has directly led to many more of the most growing and enriching experiences of my life. It has broadened my world, shown my what God can achieve in us, and it has been sanctifying.

To anyone thinking of learning a new language, to anyone intimidated by language learning, to anyone going overseas and not sure how much emphasis to put on language--DO IT! It’s amazing.

Photo by Hannah Wright on Unsplash 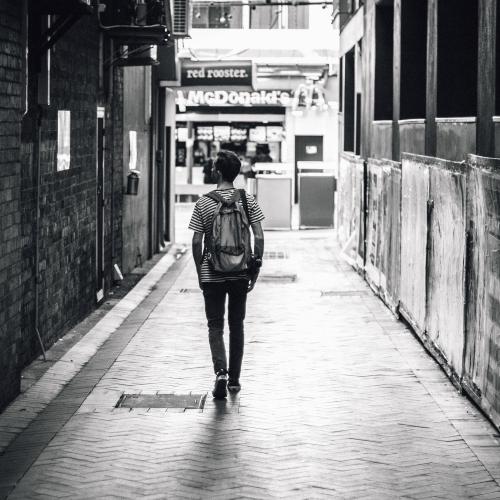